This weekend, 81 teams across the country will kick off their 15s campaign in the newly introduced three league format. The three leagues are namely the Nationwide, the Eric Shirley and the top flight Kenya Cup. We should perhaps take a minute and let that number sink in, 81, 57 of those will be in the Nationwide league. Last season we had 59 sides playing in the four leagues, that means this season we welcome 22 new sides, if that does not spell out GROWTH, I don’t know what does. 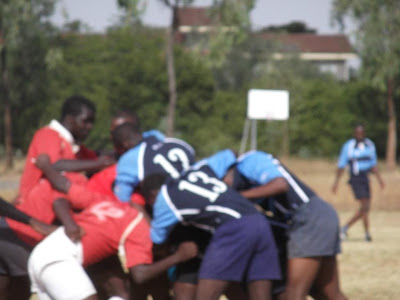 The biggest change to last season’s format comes in the two lower leagues, the Chairman’s and the Nationwide. The two have been merged to form the Nation wide league and has been split into four mini leagues based on regions. Nairobi, Central, Rift valley, Western and the Coast. Nairobi has the largest number of teams in its league at 13, followed by Western with 12 sides, Coast with 10, Central and Rift valley have 9 teams each.

The format is as follows, the sides in the same region will play against each other in a one off round robin league. The top eight sides from Nairobi will play in one off quarter finals, then semi finals, from which the top two sides will qualify for the Nationwide play off. The same will occur in Western meaning the two regions will provide four teams in the play offs.

For Central, Rift Valley and Coast the top four sides from each region will play in a one off semi final culminating in a regional final that will see the winner from Central and Coast progress to the Nationwide play offs. They will be joined by the runner up from Rift valley to complete the list of 8. The Nationwide play offs will also be a one off affair from the quarter finals, eventually giving us a Nation wide champion and runner up both of whom will be promoted to the Kenya Cup.

Complicated I know, but you will get the hang of it, here are the opening fixtures from the Nationwide :

Some interesting match ups lined up in the first weekend, in Nairobi, the 2012/13 Chairman’s league champions Catholic begin their Nationwide campaign against new side Brumbies at their backyard. The Comras will look to build on an impressive debut season as they kick off their charge against Nazarene.

Last season’s Nationwide runners up Egerton will start this campaign with a rest weekend, as Kabarak will be taking on Nakuru III in the Rift region. Masaku will be looking to keep the growth curve going as they travel to Mombasa to face TUM to open their second season in the league. Stormers also in their second stint will be upagainst the Coast Raiders.

Thika will welcome Laikipia to the Thika Sports Club as the hosts look to improve on last season where they were knocked out at the semi final stage of the Chairman’s league. Embu will take on Chuka in a battle of the debutants in central region.

It is really exciting to see all these new sides join the league, as much as the union has come under fire for many things. This is one of those areas they deserve all the praise. It will be interesting to see how the new sides cope and though they might be on the receiving end of some big scores, it will be all part of the learning curve.

Also notable to see is the participation of the third string sides from the big clubs, i.e Impala and Nakuru III. Providing a great development pathway for the upcoming players into the first team.

It is bound to be an exciting season ahead in the Nationwide, keep it here as we preview and review the thrills, spills and big hits…

P.S Are you following @Osb_ke on twitter, and have you liked Odd Shaped Balls Kenya on Facebook?

One thought on “New Look Nationwide League Kicks Off”