Rugby Is Back and The Weekend ahead..

Share this on WhatsApp
Rugby is back, it’s not like it had left or anything, you know what I mean. The guys up there finally agreed on Monday evening, to play a 10 team Kenya Cup league starting rather continuing this weekend (3.12.2011). The day 1 fixtures were left to the clubs concerned to schedule replays and thus will not be taken as walk overs. It was also agreed that the Western bulls will replace Kisumu RFC in the E.S.S, Homeboyz II which used to play in the Uni league will also be drafted in the E.S.S after their main team won promotion to the K.C. This season will see the start of the Nationwide leagues (Eastern & Western) in an effort to spread the game. A welcome end to the impasse, here’s hoping that they handle future disagreements a lot better and quieter! Still waiting to see what will happen to R.E.L, Walker Texas Ranger said that the union has no problem with the limited company as long as it operates within the K.R.U. That’s a tale to unfold later, for now here are the weekend fixtures courtesy of the K.R.U: (Some of the venues are yet to be confirmed)

Moving on to dubz..The mboys will be starting the second leg of the HSBC sevens tomorrow (2.12.2011), in case you missed the timings in my Monday post here they are again:
1032 Hrs France Vs Kenya
1438 Hrs England Vs Kenya
1723 Hrs Kenya Vs Zimbabwe
(For those who were home schooled.. the games are at 10.32 am, 2.38 pm and 5.23 pm respectively!)
As I said in that post, this is a manageable pool not easy but in all honesty we have seen harder teams. I don’t do predictions but I feel that we will beat England, yes I do! If my prophetic visions do come true (We also beat France but lose to Zim in these visions, their only victory in the pool) then we will be playing in the main cup quarters come Saturday. Our ladies team, I don’t like calling them Women, it makes it look like it’s our mothers playing which is far from the truth, there might be a few Milfs in there but that doesn’t warrant the use of that name. So anyway they are also in Dubai to play in another tournament, let’s all wish the ‘ngaols’ (it’s only natural after mboys) all the best. There is no information whatsoever on the ngaols from the union so that’s the best I can do.
In light of the many games that are and will be taking place locally over the coming weekends, and seeing as am just a man (Kanjii Mbugua voice, I forgive you if you have no idea who Kanjii is, but utasikiza Camp Mulah hadi lini?). I’ve decided to be doing a feature game, this will be a fixture to be played mostly in the Nairobi area or maybe Nakuru (when I can hitch a ride) from the E.S.S ,K.C or maybe even the Uni league. This game will enjoy full coverage here on Odd shaped balls, by full I mean every missed tackle, every stool, side step and the sort, complete with photos. So ole wako kama nakujua…kumulikwa na motion sensor ndio zitakua zako. There are very few of you that I do not know by the way, na si vitisho! 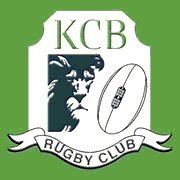 This weekend I will be at the Ruaraka grounds as Homeboyz host KCB oh sorry that didn’t come out right, but HBR (not Radio) are the home team in this fixture, most of the now homeboyz once referred to ruaraka as their home ground anyway, am just sayin.. I’ve been looking foward to this fixture since HBR won the ESS the first time, now it’s finally here. It promises to be fast paced, hard hitting and with no love lost between the two this should be an all out rugby match. No predictions here, I also expect Strathmore vs Impala to be a cracker of a match, can the XXVII continue where they left from last weekend? Nondies vs Mwamba also looks like something. Quinz should make easy meat of Machine I think, while Nakuru should hand Kisumu a big welcome to the K.C in the other fixture.
Please note that I am speculating the venue of the HBR game as it has yet to be confirmed, don’t go to ruaraka then start whining eti oohh Poghie alisema sijui ooohh…Noooo! Once the venue has been confirmed later today I will post it in the comments section, you are welcome. Also find the Kenya sevens day two timings after the Zim game in the comments section..yes Thank you!

With that fair peoples……
KWISHA!!!!

8 thoughts on “Rugby Is Back and The Weekend ahead..”